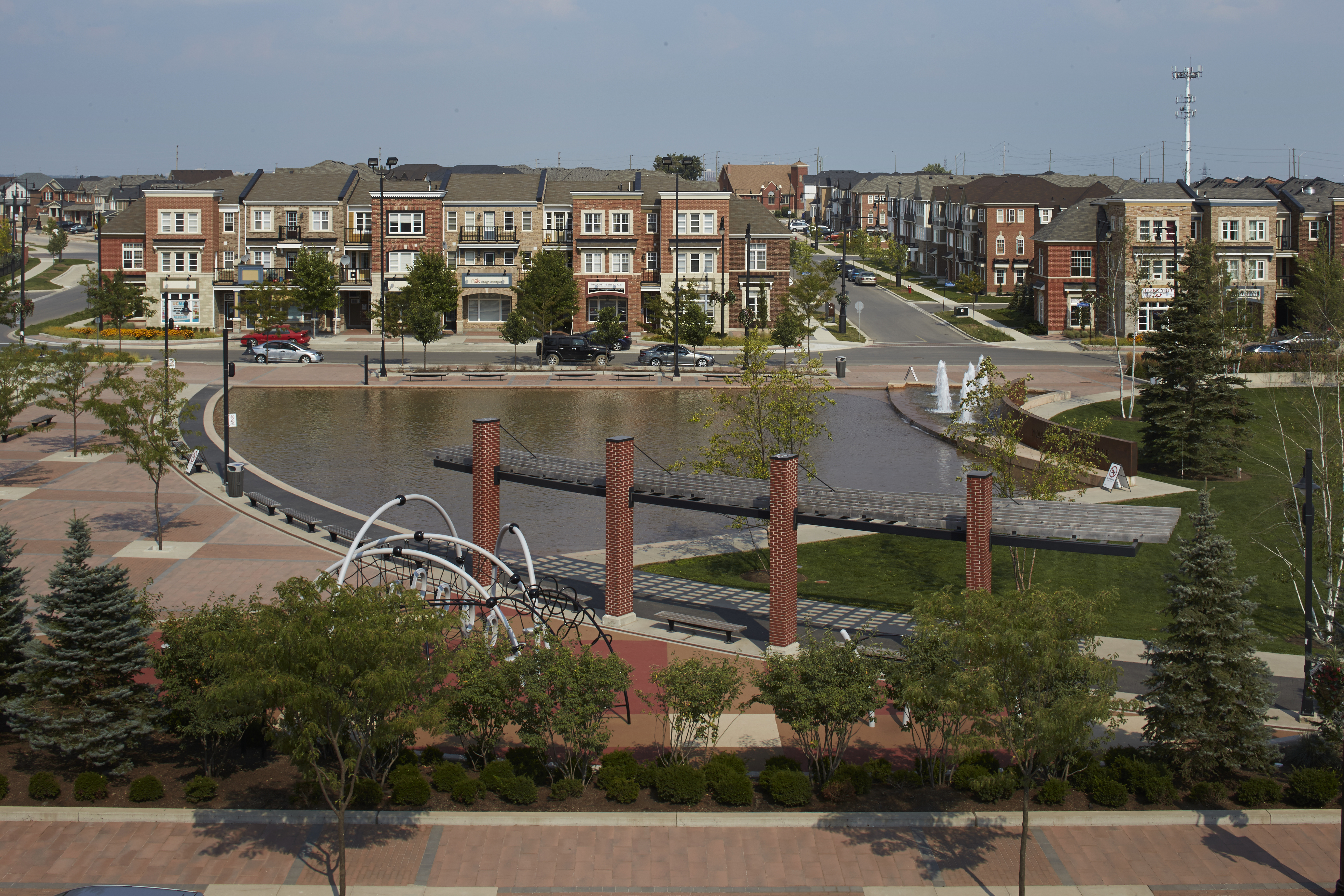 In Mount Pleasant Village, the design for the village main street is evolved from a typical or traditional configuration in that it allows for full access, enclosed lay-by parking, and a thoughtfully designed and well lit loggia to shelter shoppers and commuters. 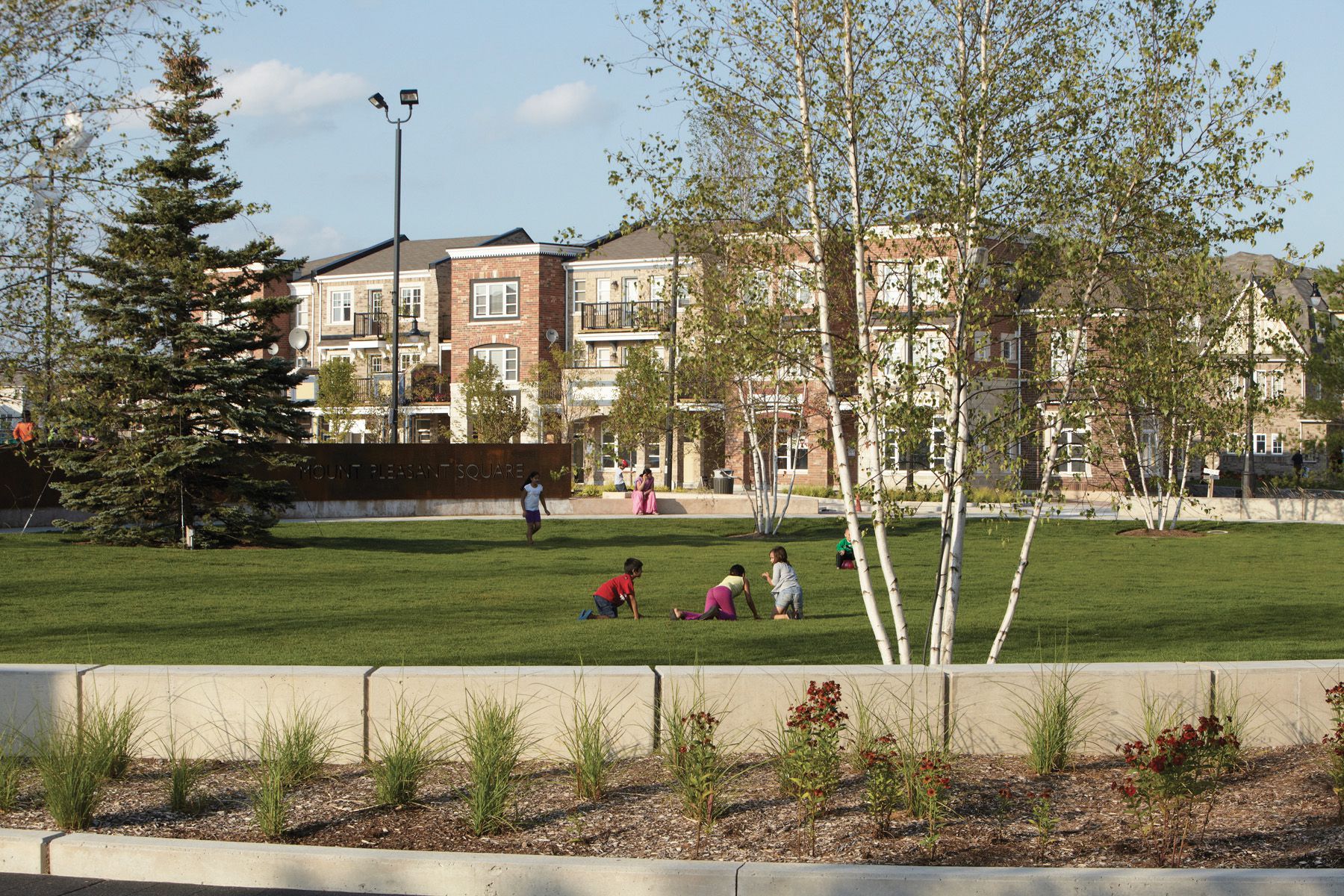 Being one of Ontario’s first TOD and Smart Growth developments, both the municipality and their development partner aimed to create a landmark, precedent setting project which went far beyond traditional suburban planning. Contrary to many suburban greenfield developments, MPV is designed as a compact and walkable neighborhood supported by a mix of transit infrastructure. Drawing on the Inspiration of Jane Jacobs, New Urbanist principles, and lessons learned from long-established neighbourhoods such as Toronto’s Cabbagetown and Leslieville, Q4A designed MPV with an eclectic mix of architectural styles and more intimate densities which create “eyes on the street” and defensible spaces. This allowed for the creation of a safer community, but also one that promotes interaction amongst neighbours and the creation of community social capital. This sense of community is also enhanced by the presence of mixed-use Live/Work units which allow local entrepreneurs the opportunity to setup locally supportive businesses. 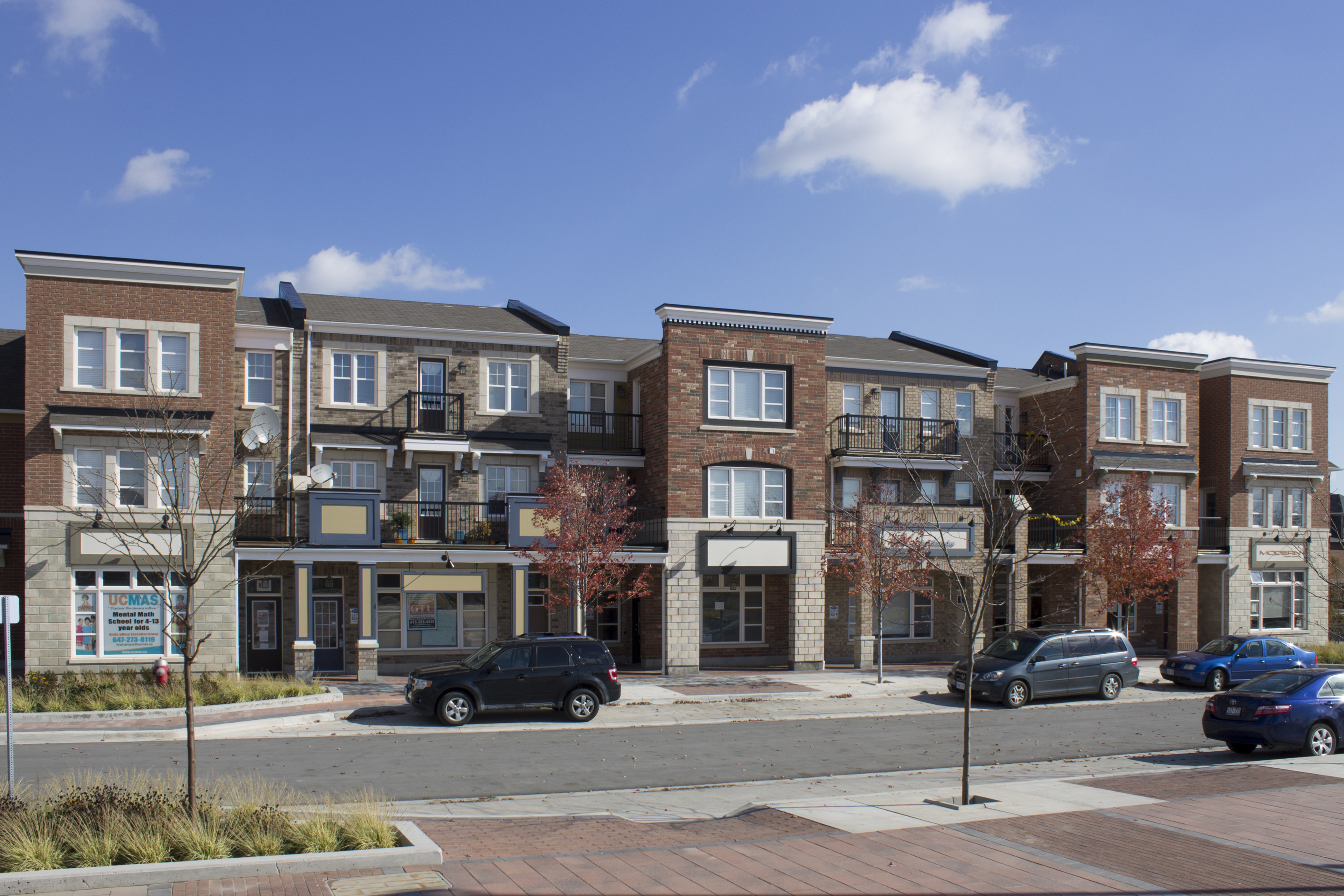 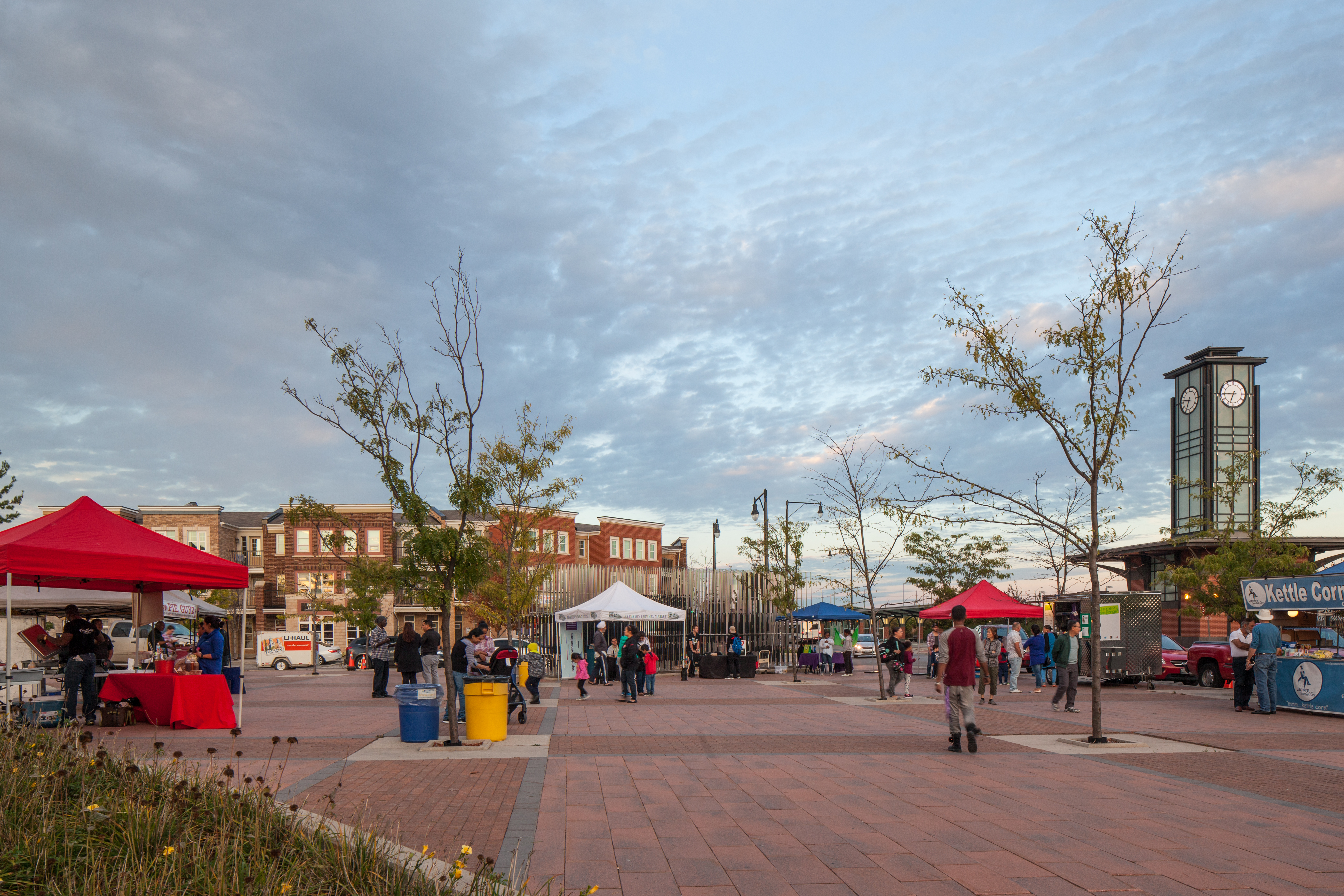 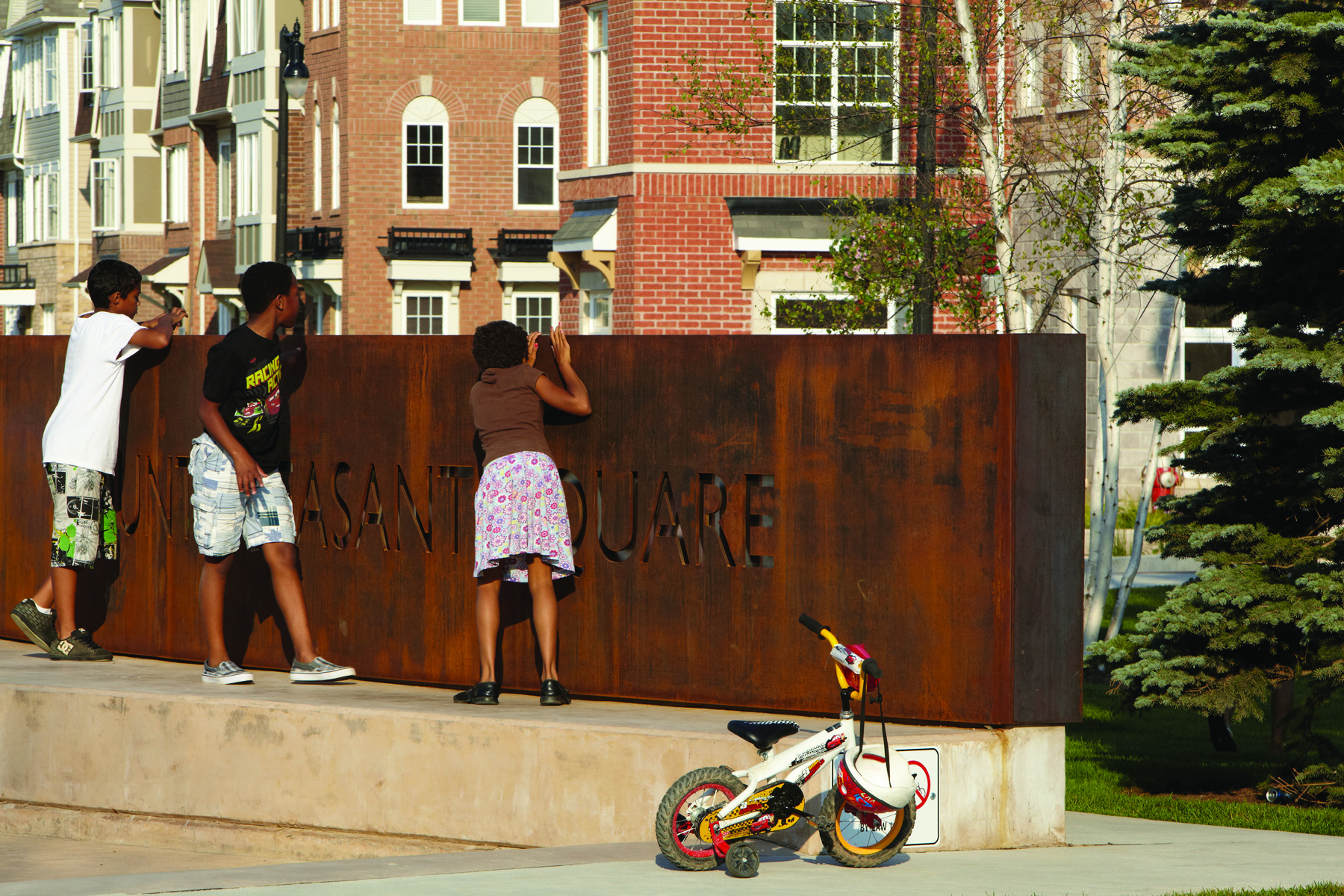 Children Playing in the Village Square

Brampton has gone through many demographic changes over its history. Initial planning considered that MPV would be a bedroom community to Toronto, supported by GO train access to Union Station. Over the development of the project, however, it became clear that MPV would be much more culturally and economically diverse and should be more self-supportive for people that worked within Brampton/Peel. As such alternative, more affordable housing types such as Live/Work units, higher-density mid-rise condominiums, and back-to-back townhomes were introduced. MPV’s local character also allowed for Brampton’s first “urban, walkable school” which does not rely on bussing. 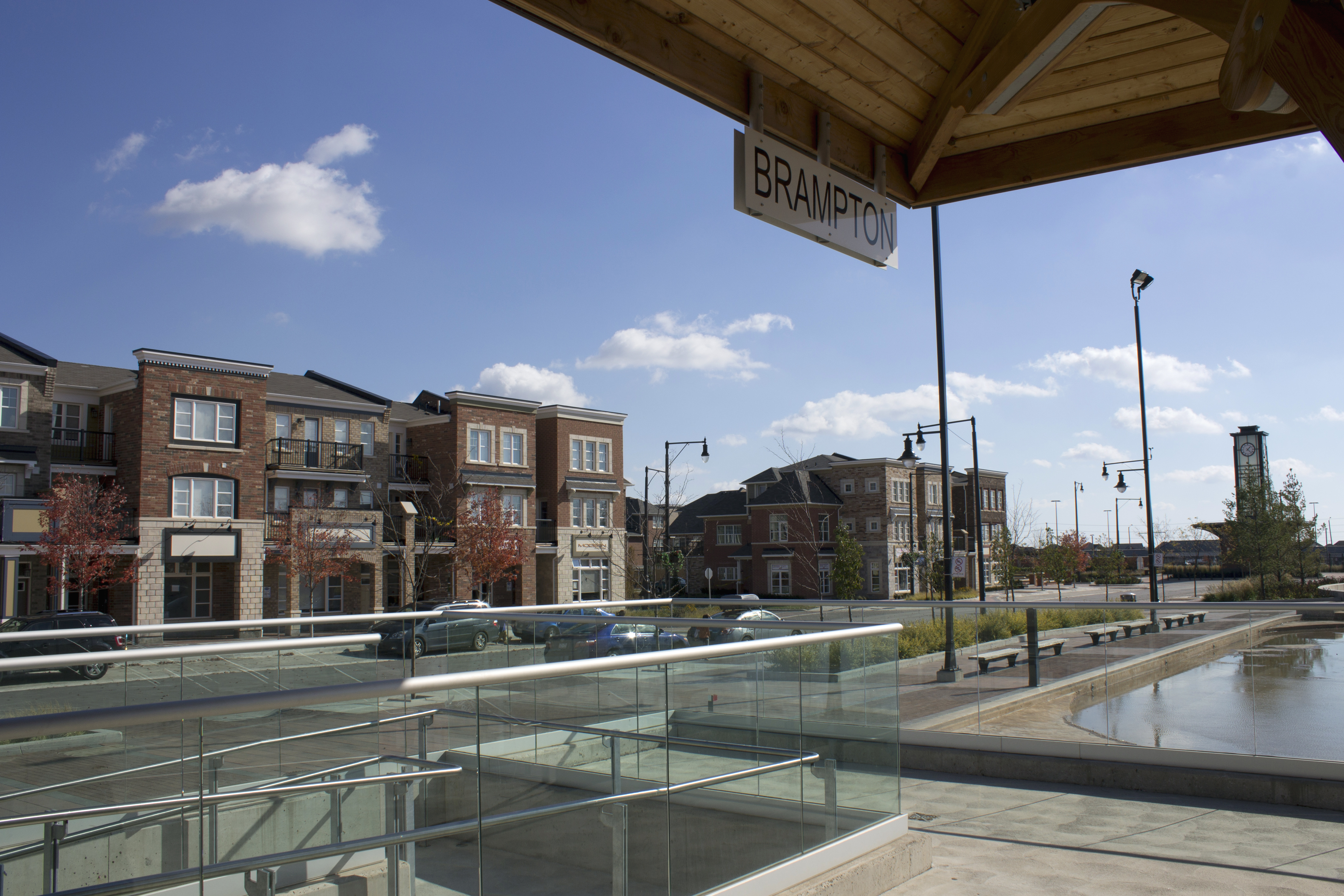